STORH is pleased to announce the acquisition of its first cash flow producing asset.

This week STORH closed two transactions for oil producing properties across two fields in Louisiana and Mississippi, USA at a year 1 rate of return of 26%.

The producing properties contain multiple wells that have years of production history and are forecasted to produce for the eleven to twelve years.

The Louisiana based property is based in Brickyard Lake Field, Catahoula Parish and has two existing productive wells and associated saltwater disposal facilities and tankage.

The acquired wells have been in production since 2012, thus providing a detailed understanding of the productive nature of the reservoir and clear estimation of future reserves.

The Mississippi based production is located in Saukum Field, Wilkinson County and has one producing well and associated facilities.

This first acquisition, albeit a smaller one, represents the beginning of many larger cross energy sector acquisitions that build on one another and generate monthly cash flow for the Company.

“This production along with additional upcoming acquisitions is foundational to the company’s growth plan and allows the STORH to deliver consistent returns and long-term capital growth to its Token holders.” said Ryan Messer, STORH’s Founder and CEO. 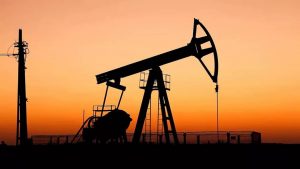 Congratulations to all the STORH token holders who jumped at the opportunity to take a stake in a new venture. And because you got in on the first round, as a reward, your holdings have now doubled in value. Couple this excitement with todays announcement from STORH, you also now have an ownership across two oil fields in Louisiana and Mississippi, USA. This is just the beginning for us all, there is more to come. The second round has only just begun. Who wouldn’t want to double / triple / quadruple their money and get paid an annual return of around 20%?